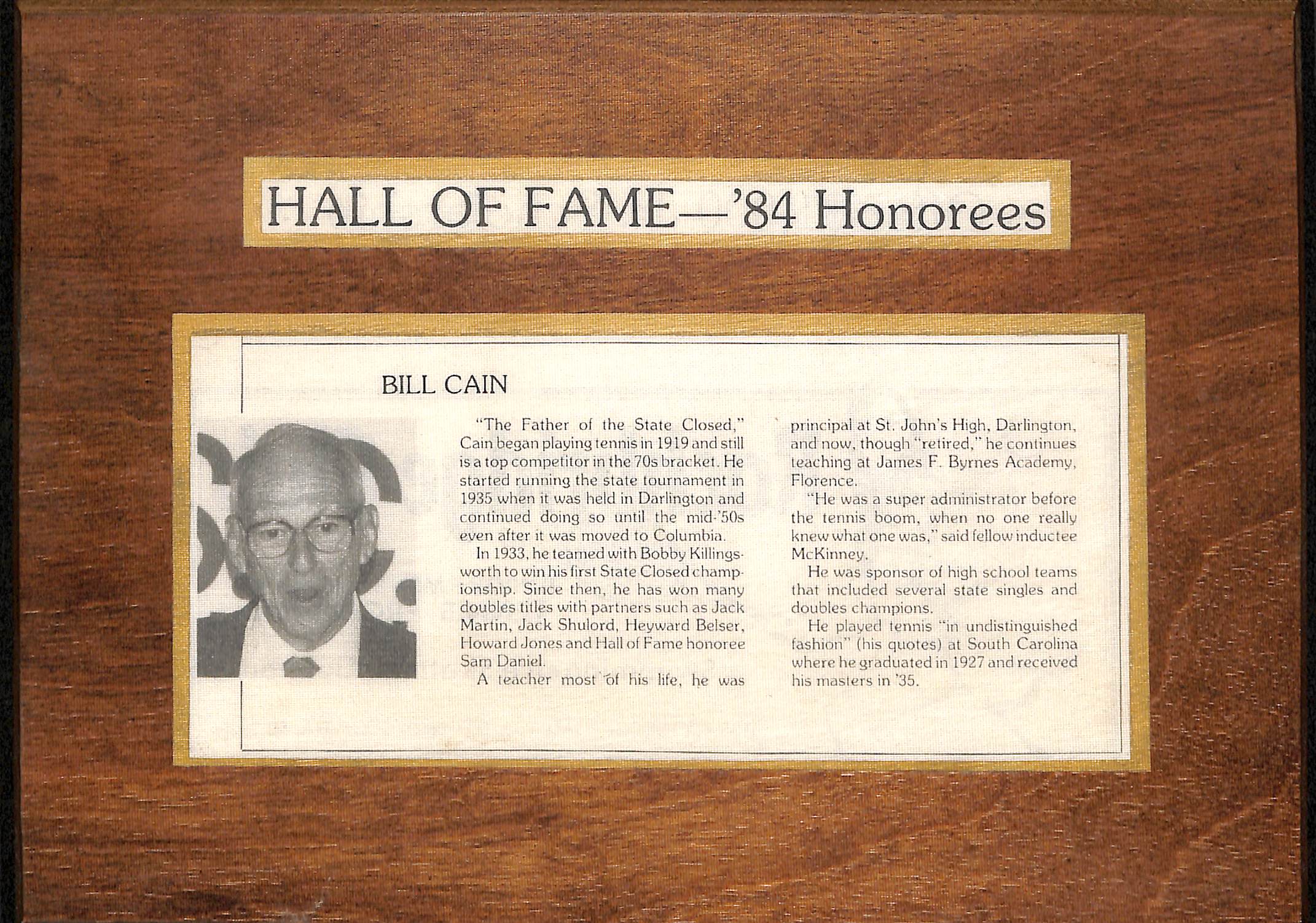 Letter to Cain from 1972 graduating class at St. John’s HS.

Born in Pinopolis, South Carolina, William “Bill” Cain graduated from the University of South Carolina, where he later received a master’s degree in education. He came to Darlington in 1934 when he began his teaching career at St. John’s High School, where, later, he served as principal from 1947 until his retirement in 1972.  After retiring from St. John’s, he also taught English at James F. Byrnes Academy for more than a decade.

In addition to being a topnotch educator, Cain was an avid tennis player. He coached the tennis at St. John’s for a number of years, and he was the chairman of the S.C. Closed Tennis Tournament, which was held, for a time, in Darlington. He actually won the State Men’s Doubles Championship, and in 1984, he was inducted into the S.C. Tennis Hall of Fame.