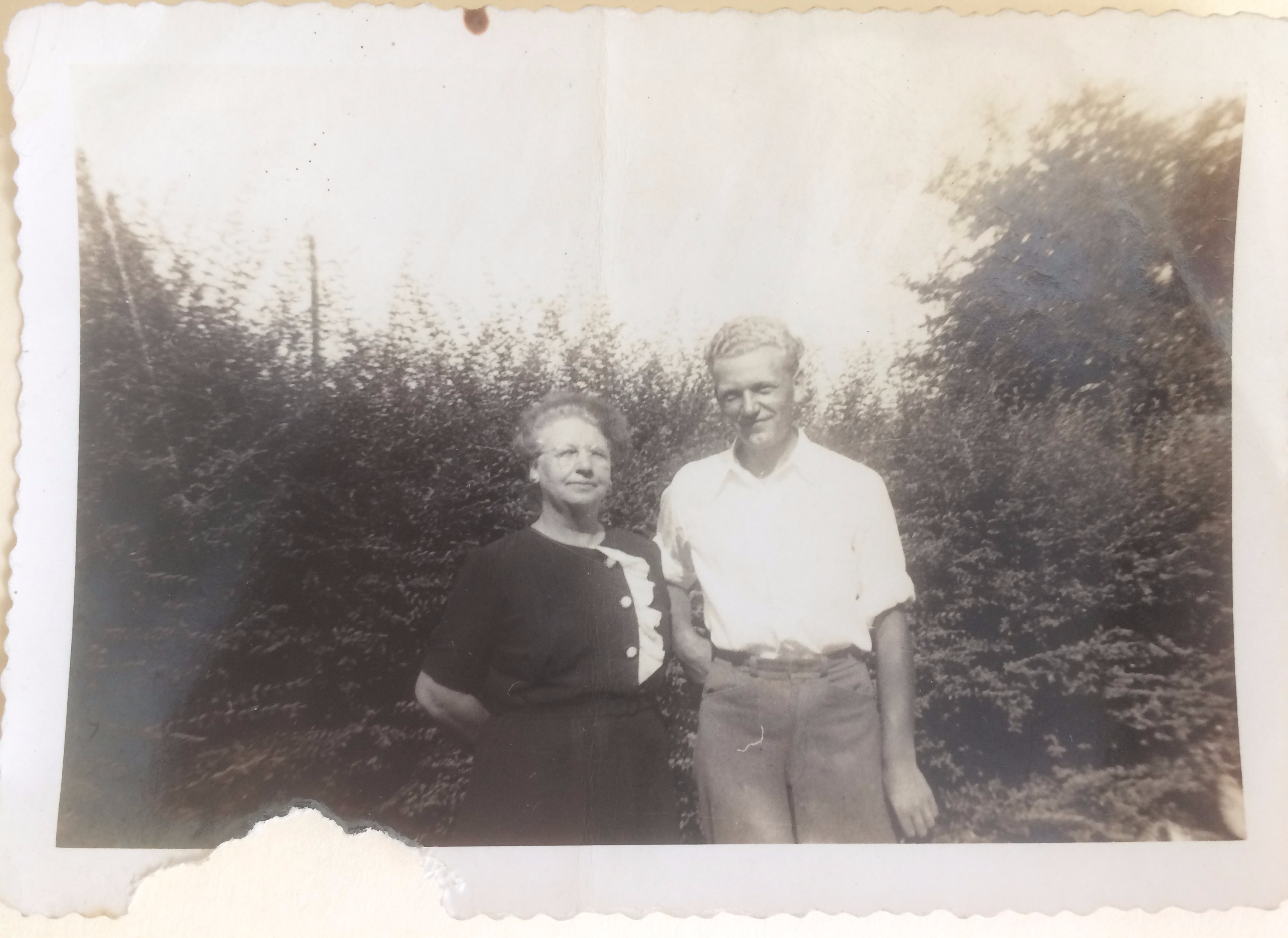 Below is a lovely note written by Dorothy Law Martin in March 2011. It’s about German prisoners of war who worked on her father’s farm.

My Dad, W.P. Law, had a large farm on the old Hartsville Road in Darlington County. During WWII my four older brothers were in the service and farm help was scarce. German war prisoners were in a prison camp at the Florence Air Base and were “rented out” to help on the farms. My recollection is that the cost was $3.00 per day, per prisoner. My Dad took our big truck to Florence each morning and picked up 24 prisoners, a guard, and the bread and water that the prisoners were allowed each day. However, my Mom said that they could not work on bread and water so, having a large garden year round, the prisoners fed lots of vegetables, fruits and sometimes beef and pork, which we also raised. There was a large table under the trees in the back yard where they ate, and the guard would “turn his back” when we fed them. They were mostly young fellows and only one of them spoke passable English so any communication was done through him.

They did field work, cleaned ditch banks, milked the cows, cut fire wood and many other things that needed doing on the farm. Dad would take them back to Florence in the evening. Mom found out that one of the prisoners, a handsome young man named Hans, had an aunt living in Chicago. Mom contacted her and she (Mrs. Below) came down and spent a week or so as a guest in our home. Hans was allowed to eat lunch at our table with his aunt and to spend lots of time visiting with her. Mrs. Below kept in touch with us for several years after the war was over the prisoners returned to Germany. One of the prisoners sent us, in 1948, a picture of his son who looked to be about 8 or 10 years old, a fine looking boy.

While they were working for us we had the feeling that none of the prisoners even thought of escaping and the guard must have felt the same because he spent much time sitting under the trees or on the porch, visiting and napping. They seemed healthy and happy to be where they were.

Someone once asked Mom why she treated them so well and Mom replied, “They aren’t responsible for this war, and if any of my four sons were captured I would hope that they would be treated as well.”

As a 13-14 year old I was never uneasy around these Germans and they treated me as a young sister. I hope that they all returned to German safely and had good lives.

One of the German POWs’ sons. Pic sent to W.P. Law.