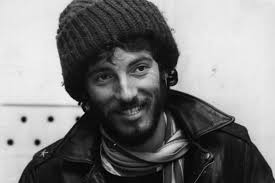 Quick, without Googling it, name the third track on Bruce Springsteen’s 1984 blockbuster album entitled Born in the U.S.A.

If you answered “Darlington County,” an up-tempo rock-n-roll number about two friends who drive 800 miles from New York City to Darlington County, South Carolina to look for work and pretty girls, then you’re good! Very good.

I’ve been a casual fan of the Boss’s since my misspent teenage years, but somehow I’d never heard this song.  “Darlington County,” like many of Springsteen’s tunes, has a fantastic character-driven narrative, and the opening verse starts off optimistically enough:

Driving in to Darlington County

Me and Wayne on the Fourth of July

Driving in to Darlington County

Looking for some work on the county line

We drove down from New York City

Driving in to Darlington City

Got a union connection with an uncle of Wayne’s

We drove eight hundred miles without seeing a cop

If you want to know Reason Number 219 why Springsteen is a brilliant songwriter, I draw your attention to the sneaky foreshadowing he uses in the line “We drove eight hundred miles without seeing a cop,” and then the very next line is all about cranking up great rock and roll while speeding along in a T-top convertible.  Almost as if the Boss is saying, “Don’t think about potential police entanglements, man. Focus on the four-four beat coming out of the speakers.”

But, of course, “Darlington County” wouldn’t be a Springsteen song without the sweet AND the bitter.  After all, no one captures the bittersweetness of Youth quite like the Boss, and I cite “Glory Days,” “My Hometown,” and “Born to Run” as examples of this.  So after a second verse where the narrator informs the girls around Darlington that he and Wayne have “two hundred dollars” and their “pa’s each own one of the World Trade Centers,” a chorus of Sha-la-la-la stolen straight from Van Morrison’s “Brown-Eyed Girl” follows, allowing the listener to belief, for a time, that all will be well with these two young fellows.

Then, cruel reality steps in. From the third and final verse:

Little girl sitting in the window

He don’t work and he don’t get paid

Walk with me and you can have your way

And we’ll leave this Darlington City. . .

Driving out of Darlington County

And there it is: some guys get the pretty girl and a “ride down that Dixie Highway,” and other guys end up unemployed and handcuffed a long, long way from home.

To me, “Darlington County” is a good song, and not just because I’m a fan of Springsteen and I live here and am paid by the County to promote its history.  “Darlington County” is a good song because it artfully captures the vicissitudes of Life in 4 minutes and 48 seconds. And it has an anthem quality that is perfect for driving seventy-five down the highway on a sunny day.

So now that the weather has warmed up, do yourself a favor: roll down the windows, head out on the highway, and crank up “Darlington County” by Bruce Springsteen.  Just try not to end up like Wayne–handcuffed to the bumper of a state trooper’s car.