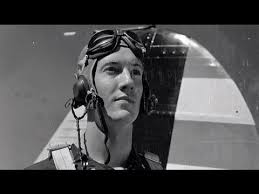 At 8am aboard the USS Hornet, the Klaxon horns sounded, and Captain Marc Mitscher gave the order to Lt. Farrow and the other Doolittle Raiders: “Army pilots–man your planes. Army pilots–man your planes.” The mission wasn’t scheduled to launch for another eight hours, but a Japanese patrol vessel had been sighted just six miles ahead of the Hornet.

In a rush to board the Bat out of Hell, Lt. Farrow’s assigned B-25 medium bomber, Farrow and his co-pilot Lt. Robert Hite visited the commissary and loaded up on Baby Ruth candy bars. From Lt. Bill Farrow: Doolittle Raider by John Chandler Griffin: “Later, Bob Hite would remember that long after their emergency rations had been consumed, those Baby Ruths would become lifesavers for the hungry men of the Bat Out of Hell.”

At 9:15am, with gale-force winds and waves thirty feet high whipping against the USS Hornet, Lt. Farrow throttled the Bat Out of Hell forward into takeoff position. His objective: bomb the Mitisubishi Aircraft Factory in Nagoya, Japan. From Lt. Bill Farrow: Doolittle Raider: “Just before revving up his engines for takeoff, Farrow called over the interphone: “‘Okay, anybody wanna resign? Last chance!’” His comments were met with laughter. . .The flagman gave them the GO signal at 9:15am, and Bill Farrow yelled to his crewmen, “Everybody hold on. Here we go.”

At 2pm, after about five hours in the air, Lt. Farrow saw the white beaches of Japan dead ahead. The Bat Out of Hell was some three hundred miles away (or around ninety minutes of flying time) from Nagoya, the crew’s bombing site. At that point Lt. George Barr, the navigator, informed Lt. Farrow that they were about fifteen hundred miles (or eight to nine hours of flying time) from Chuchow Air Field in China, the friendly port where they would land after the mission was completed.

At around 3:30pm, Lt. Farrow and the crew of the Bat Out of Hell approached their target, and Cpl. Jacob DeShazer, the bombardier, released five five-hundred bombs on the Mitsubishi Aircraft Factory in Nagoya. The bombs hit their target.

At around 7pm, after almost thirteen hours of flying time, Lt. Barr spotted a lighthouse on the coast of China, and Lt. Farrow flew to 11,000 feet to avoid the mountains. It was dark and Lt. Farrow, unable to locate Chuchow Air Field, had to fly west to avoid the bad weather and being spotted by Japanese, who held territory in China.

At around midnight, after having unintentionally flown well past Chuchow Air Field, Lt. Farrow spotted city lights, but Lt. Barr informed the crew that the city down below was Nanchang, which was occupied by the Japanese Imperial Army. Not long after, the Bat Out of Hell’s engines began to sputter. Out of gas, Lt. Farrow and his crew parachuted out.

Lt. Farrow and Cpl. DeShazer were driven to a military prison, where they were reunited with the rest of the crew from the Bat Out of Hell: Lt. George Barr, navigator; Cpl. Harold Spatz, engineer-gunner; Lt. Robert Hite, co-pilot. The Japanese Imperial Army, blatantly ignoring the Geneva Convention’s rules for prisoners of war, tortured and beat Lt. Farrow and his crew in various prisons for the next six months.