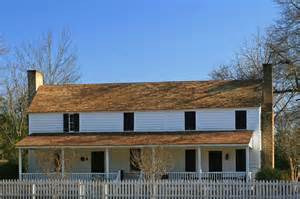 Today in Darlington County History, March 1-3,  1865,  This house, the home of Jacob Kelley (1780-1874), was used as a Union headquarters on March 2-3, 1865 by Major-General John E. Smith, Commander of the Third Division, Fifteenth Army Corps. During the encampment by Federal forces, the mills near Kelley Town were run for the benefit of the Third Division and foraging parties roamed the area.

The Jacob Kelley House was donated to the Darlington County Historical Commission May 30, 1969, by Caroline Segars Will, one of the many descendants of Jacob Kelley.

In 1865 when Sherman’s troops left Columbia, the 3rd Division of the Fifteenth Army Corp. under Major General John E. Smith foraged the countryside taking supplies and destroying property. They did not burn any buildings in Kelleytown, but it is said they took hams and scattered corn along the roadway when they used this house as their headquarters for two days.

The Jacob Kelley house was built in c. 1820. The plantation consisted of 1200 acres. It started off as a one-room log cabin and as the family grew they built on to the log cabin. It was added onto three different times. The first room to be added was the Parson’s room / Grandmother’s room.

The furniture in the house is handcrafted and has been collected by the Jacob Kelley Guild according to the Inventory of the Jacob Kelley Estate in 1874. A copy of the inventory is found on the desk in the parlor.

Jacob Kelley married Charity Hearon from North Carolina and they reared a family of five children in this house, 3 boys and 2 girls. In the parlor we show portraits of James, Robert and Elizabeth Kelley Brown, three of the children. There are no known likenesses of Jacob and Charity Kelley.

Kelleytown Community got its name from Jacob Kelley and his many descendants who were the early settlers of this area.

Jacob was born in 1780 and over the years, through many hardships and hard work, he amassed much property. His marriage to Charity Hearon brought forth five children — three boys and two girls and this family prospered and deeply influenced the history of the community.

The house Jacob Kelley built for his family was a one- room log cabin, before the five children arrived. As the family grew 3 more additions were added to the log cabin. Many intriguing stories have evolved around the early days of this growing family and the Jacob Kelley House.

During the period of the Civil War the Jacob Kelley house and family had its claim to fame, or its claim to heartaches, when a regiment of General Sherman’s Army
Under the command of Major General John E. Smith came pushing through and took over the house for its temporary headquarters on March 2, 1865. The entire area was terrorized as an approaching Union Army was looting and pillaging their way toward them.

Jacob Kelley was an 85 year- old man and the family took many precautions to protect him and to hide and preserve as many of the family treasures as possible in the face of the approaching army. Jacob Kelley was taken to an island in Segars Mill Pond with as many valuables as he could take, along with his best horses. He hid out there for several days not knowing the outcome of his property or his extended family. You can imagine the stress and the serious time of reflection he went through.

Meanwhile back at the house — fright, sorrow, anger — and there were no men around to help protect the family left behind. Most of the eligible men were serving in the Confederate Army, which left the women and children totally vulnerable.

Union soldiers took little mercy in their rampant looting, killing, destroying and burning. As the officers set up their headquarters in the house the others searched for any treasures, foods, chickens, pigs, mules, horses and wagons and took or destroyed anything they could find.

One story often passed down was that the soldiers used their swords to rip open the feather mattresses to see if treasures were hidden inside. They would shake the mattresses from the upstairs windows and the down and feathers flew everywhere. A child squealed that, “it looked like snow on the ground.”

Soldiers looted the smoke house taking the hams, shoulders, salt pork and dried sausages. From the chicken yard they took all of the turkeys, chickens, ducks, and anything else they could use to feed their men. The family dog was killed without any remorse or concern for the children. When the soldiers had finally looted and destroyed all they could they moved on to greener pastures.

With nothing left — all wagons gone and the best of the horses gone — Elias Kelley, twelve year old son of James Kelley and the grandson of Jacob, gathered a few old boards and tied them together to make a raft. He took the only old mule that was left and headed to Segars Mill Pond to bring his Grandfather back home. What a journey — a twelve year old on a trip to bring his Grandfather back to witness the horror that would ultimately haunt him for the rest of his life. (He lived to be ninety-four.)

The Jacob Kelley house a Carolina I-House is a treasure trove filled with memories, family, community, friends and love for the past, along with the historical significance of this great old house.

This family made many contributions to the community according to Lucile Neely who wrote “Hartsville Our Community.” Jacob Kelley donated a tract of land for a Meeting House and cemetery in 1843. This is where the present Kelleytown church is located. Many people helped with the major endeavor. Grandson of Jacob, Elias Kelley, donated the timber for the Meeting House (church) and Henry Kelley cut and sawed most of it at his mill. J. W. Gardner drew the plans for this church. So you see, the descendants of Jacob Kelley have been very influential in the growth and development of the Kelleytown Community. Beginning with his one room log cabin, he had a vision for the future and that vision is all around us today.

Well, maybe that’s not quite true, but Hartsville’s suburb did play unwilling host to a band of northern soldiers while Sherman’s main forces pushed through the Chesterfield area enroute to Fayetteville, N. C.

Speculation exists as to whether General Sherman himself ever visited Kelleytown. Some stories say that he once ate supper at the old Hart house at Kalmia Gardens; however, it is well established that some of Sherman’s men did pass through the Kelleytown community.

Why, then, did they pass through Kelleytown and not through Hartsville? To answer that, one must recall that in March, of 1865. Hartsville was – if anything – a suburb of Kelleytown.

Hartsville, at that time unnamed, consisted of a few acres of forest, some fields and one intersection (without stoplights) at the approximate position of the intersection of Home Avenue and Fifth Street.

No wonder then that Sherman’s forces chose to loot relatively prosperous Kelleytown. And loot they did, as described by Mrs. Martha Kelly, an eyewitness who was fifteen years old at the time.

“They took all our horses and mules. They killed all of our chickens. Some they carried away to camp, and they just threw others down. We dressed some of the chickens to cook, but men came and took them from us.

“We had buried many valuables, but the soldiers made the hands show them where they were. When the men found our things, they took them away.” (Quotation supplied by Mrs. LeLand S. Hungerpiller).

A possible tale of espionage also stems from the Kelleytown “invasion.” It tells of an unknown man who came to the community at the beginning of the war. The stranger took a job at a woodworking shop and made friends with Kelleytown residents.

In the words of Mrs. Frances Kelley Skinner, who was thirteen at the time, “… he had the most beautiful black horse I’d ever seen. On the day Sherman’s men came, he left his horse in the stable and disappeared. We think he was a Yankee spy.” (Quote also supplied by Mrs. Hungerpiller).

Northern soldiers made their campground on the area now occupied by the Kelleytown Baptist Church and cemetery. During their stay in this area, Yankee looters robbed some families of their silverware and gold currency. Others avoided losing their fortunes by numerous means.

Jacob Kelly, who lived in the only Kelleytown house that today remains from the days when Sherman’s forces came and was 85 years old at the time, rowed out to a small island in Segars Mill pond, carrying the gold and silver belonging to himself and his relatives.

He remained there, sleeping on “six hand-woven woolen comforters” until his grandson came with news of the Yankees’ departure.

Next March marks the 103rd anniversary of the “Siege of Kelleytown” – until then, beware of friendly strangers riding beautiful black horses.

In an article dated December 15, 1967 written by: Wilkins Byrd (word for word)

The Jacob Kelley House Guild does a great job at putting on several events per year. A special event, put on by the Guild, happens about twice a year. One such event occurs when a group of volunteers come out and do a reenactment for the community. This group sets up a camp and portrays how camp-life was during the 1800’s, when the soldiers were at the Jacob Kelley House or other different locations.

Below you see them standing at attention and in the pictures after this one you see them firing their weapons.

Old View of the House

The Jacob Kelly house in Kelleytown stands as the only structure that remains in the community from the days when Sherman made his march to the sea during the War Between the States.

As you enter the front gate you see that it is a very unique style of a gate. You pull the gate to you, not push it away from you. There is a heavy metal ball on a chain that pulls the gate back closed after you walk away.

Walking on up to the steps you see beautiful plants on each side of the walkway. Touch them and get a wonderful aroma. This is a herb used in cooking. It is called Rosemary. Another location for this plant is out back at the cookhouse. Look for it when your tour makes its way out back. Many of the plants located in the yard could have been seen during that period of time. The ground would have been swept clean and there would not have been any grass in the yard.

On the front porch you see a “Southern Joggling board”. This was the predecessor of the romantic “porch swing” where many a courtship and marriage owe beginnings to the summer evenings on the front porch joggling!  After the tour, please come back and try it yourself.