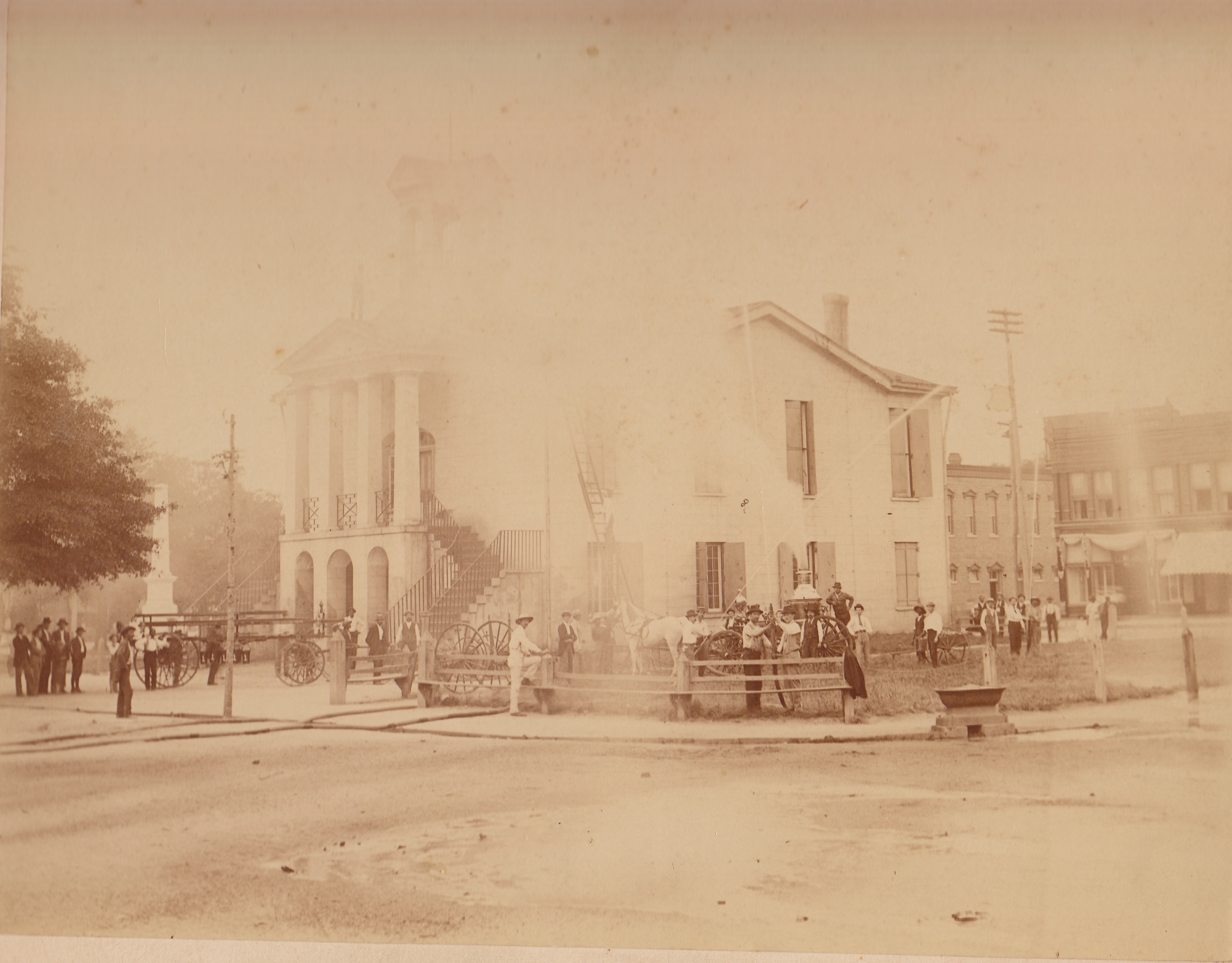 “Today in History” we remember that on this date Friday, May 16 1873, Darlington County residents celebrated the completion and dedication of their “New” Court House.  The first first session of court was held in it on June 2nd, Judge C.P. Townsend presided.

Within a few weeks after the surrender of Gen. Lee at Appomattox, victorious Union forces began the systematic military occupation of the prostrate South. Garrisons were established not only in Columbia and Charleston, but in every court house town throughout the State, from which matters attendant to the “reconstruction” of the State were administered.

The village of Darlington, as county seat became the unwilling host first to the 29th
Maine Regiment of the United States Army, then others, sent here to oversee the affairs of Darlington District.  The troops arrived in May, 1865, and remained until August 28, 1868; during this period, they encamped on the academy grounds, and converted the old academy building into a hospital.

It was during this occupation that we experienced a disastrous fire that consumed much of the property around the Square with the exception of its North side.  It is suspected to have began when Federal Garrison troops robbed the business of  Mr. B. A. Early around 4 AM on March 24, 1866.

We know that the Courthouse had been built in a way that the County offices we fireproof and that during the “Fearful Conflagration” well meaning  citizens began to raid the County offices of records and documents in an attempt to save them from the fire. These efforts proved disastrous as the buildings they were stored in were not fireproof and succumb to the flames. Had the building roof been tin, the roof fire would have not been a problem.

When the smoke and fires subsided, the bottom floor and basement of the Courthouse were still standing and the interior of the offices were secure.  Tragically the devastation that circled the Courthouse on three sides had consumed much of the records that had been removed from the Courthouse.

It was the initial plan to repair the burned upper-structure as soon as possible.   Architect Alexander Y. Lee was hired to evaluate and make recommendations. It was based on his recommendation that the decision was made to build a new structure.  We know through records that the Commissioners petitioned the State for the authority to levy a special tax for the purpose of building a new Courthouse in September  of 1866.

We know that t

he 1873 Courthouse was constructed under the supervision of Evander R. McIver who probably served as Chairman of the Board of Commissioners of Public Building.  A honorary office, the members drawing no salary, merely serving  from a sense of duty as citizens.

We know that this venerable structure served the citizens of Darlington County for 31 years before it was raised to make way for the 1904 “Grand” Brick Courthouse.